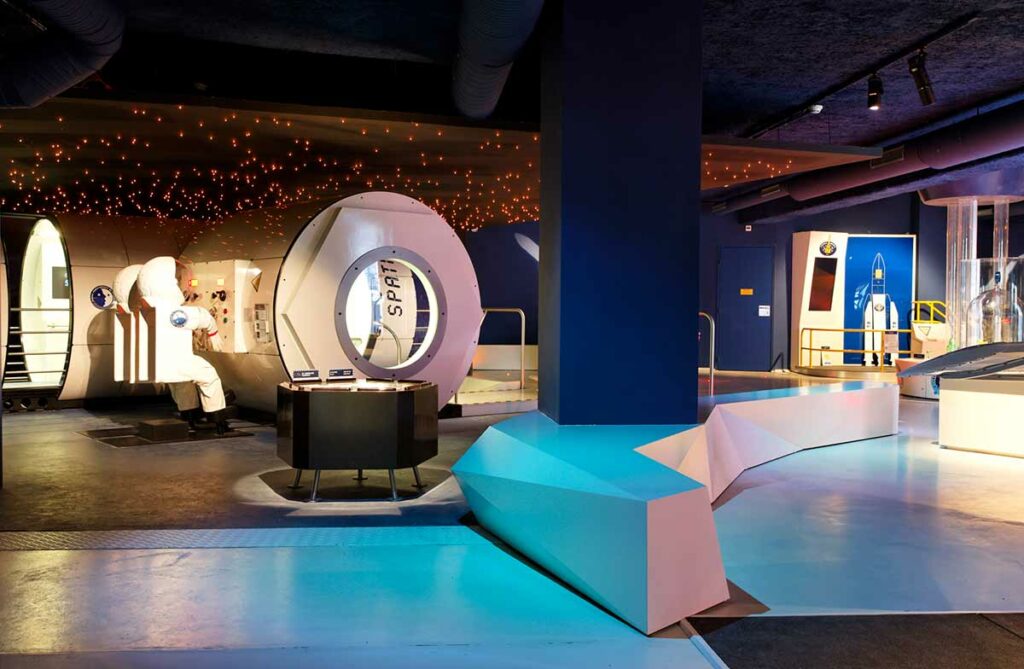 The child often deals with the idea of flight through play, by making a paper plane. This helps to understand that the shape determines the performance of the object made, in terms of length and flight time. Thus, our production looks like a huge, folded sheet of paper. The folds of this origami of more than 1,000 m² are altogether circulations, access ramps, seats, partitions, reception desk, cloakrooms and altimetric levels. Three routes structure the exhibition space, materialising two relatively autonomous and independent «centres of gravity»: air and space. The manipulations are positioned in accordance with the constraints: «turn around», «cross» and «penetrate».  Other so-called spectacular manipulations punctuate each of the three axes like flagship elements. Visitors are drawn to the centre, the highest level of the exhibition, and are then directed in all other directions.